It was agony; I loved it

Born to original tiger shifters it wasn't long until the young child shifted herself, exposing the unique color of a striped pelt. The unusual strawberry (or golden) gene made itself known for the first time ever amongst the feline shifters.

But the uniqueness was the least of their worries.

Rosemarie, or Rose as she likes to be called, is rather volatile and distrustful with a short temper that is likely to erupt from anything small. Constant paranoia leads to the shifter constantly looking over a shoulder nothing escapes her keen assessing gaze. Despite it all, Rose is able to remain civil to anyone especially when working jobs and even they may be able to crack through her strong mental walls, dragging some form of affection no matter how small.

It all started on a warm spring evening, arriving home from school escorted by her eccentric mother. Rose was gushing about the day and discussing schoolwork requesting for help. With a bright smile, the pair strolled into the house only to be greeted with a grizzly sight. Beads of crimson dripped down the stained, cream wallpaper, collecting in the glistening pool below where a prone form lay. A glassy blank gaze stared across the room his mouth opened in a silent scream that would never escape ever again. A bloodcurdling scream escaped the child as her mother enveloped the traumatized child in a hug turning them both away from the bloody scene. But as the mother looked away; instead staring down the barrel of a gun. The bang ricocheted throughout the room, deafening. Rose's ears rung watching helplessly as her sweet mother collapsed onto the floor. A crack and a sensation of pain erupted from her temple before the world went black. She was only 10.

5 years from that fateful day:

The sound of thick steel cuffs slapping closed around slender wrists echoed around the room, followed by securing the ankles to the cold table splattered with fresh blood that laid thickly over the other pools that had accumulated over the years.

The scientist loomed over the table a wickedly curved knife clasped within his fist. Eventually the malnourished girl on the table stirred into life, lazily dragging her gaze towards the leech that sneered down at the new lab rat presented to him.

Pale, plump lips twitched and twisted into a sadistic smirk, a voice croaked and cracked struggling to form words after lack of use.

A grin stretched across a sadistic expression. A man of pure perfection apart from the tell tale flash of fang that spoke the horrors of what he truly was. This particular coven of Vampires had created the perfect hell for any other creature to endure.

"The time will come sweetness. And when that day arrives, you'll be eating your own words."

The cold, biting sting of metal slicing through flesh as if it was butter barely garnered a reaction from the female. Even as an intricate web of ruby red patterns trickled down her sides joining the blood of others on the table. Never will she give them the satisfaction, and never will she forget this miserable existence.


They said she was feral, but who could blame her?

For 8 long years Rose was confined to that dank dark place. Endless screams of agony from the tortured souls put through constant experiments. Those that did not survive were left to rot in their cages the putrid smell suffocating as it permeated the air, even to the hardiest of supernaturals. They begged and pleaded for an end that did not come swiftly, fed scraps of molding food and left to wallow in their own urine and feces until they became nothing but empty shells no longer dreaming of a better future or escape. Their hope squashed day after day.


The day came for escape. A day when they believed she could no longer fight, letting the feline out of the cage with no form of restraints. The large cat fought desperately for escape charging down halls and mauling anything that dared get in the way.

Fresh air caressed in a gentle wilting wind that brushed upon a matted pelt bringing all manners of wondrous scents. Sunlight streamed glaring and blinding down upon the clearing that held the facility. Rose ran as far as her stiff limbs could take her, diving into a rapidly overflowing river where the strong current carried her far away from the hell she spent most of her life in.

A year was spent learning about this whole new world, taking on illegal jobs that delivered cash in hand; mainly thieving. The money was used for her to travel around and buy all the human necessities that helped her survive, constantly running from the pursuers dead on her trail.

Rosemarie stands at 5'4 slender and agile that enable her to take on the most precarious of jobs. Long auburn locks fall in silky waves, stopping short just below her shoulder blades. Creamy, pale flesh is marred by a small trail of freckles cross across each plump cheek and over the bridge of her nose. Large, stormy grey/blue eyes framed by sinfully long lashes. Plump rosy lips often form a halfhearted smile during conversations; a smile that never reaches her eyes.

The Tiger Shifter is not fussed about clothing, often ranging from summer frocks to a full leather suit.

A Sumatran Tiger roughly weighing two hundred and sixty pounds of heavy muscle. The pelt consists of a rare light ginger with slightly darker stripes. The rest is a beautiful white often blending in with the ginger. Her fur texture is silky soft.

Enhanced Strength/Speed- Like most Shifters in the Supernatural world, Rose has unusual strength compared to a human, and her form is almost a blur of color as she moves at her most fastest.

Enhanced Senses- Being a cat Rose is particularly skilled when it comes to seeing with crystal clarity in the dark. Hearing is sharp, able to pick up the sounds of a mouse rustling among the grass, and her sense of smell is also spectacular.

Telepathy- How else is one to communicate in a feral shape? Thoughts need to be projected to Rose for her to be able to pick up, whilst her own mind invades another to send her own.

Empathy- Able to sense other peoples emotions and act as a conductor, relieving anybody of any distressing emotions only to replace it with more positive vibes. In worst case scenarios Rose would be able to project every negative emotion she has (which is a lot) into another, to make them suffer.

A stranger to all things sexual. Being locked in a cage and denied a normal life, only to escape and focus on survival, Rosemarie found she could not focus on her desires or interests. 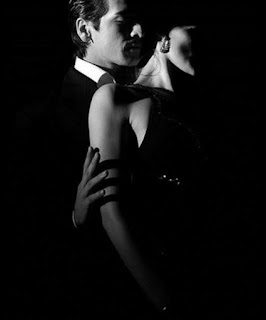 'I am his prisoner, yet I haven't attempted to flee. He is not cruel, yet he is not kind I want to stay.'